A Brief History of Ōkami

It can be quite sensible to work towards discovering and being oneself in the crowd of the many – learning to stand out rather than conforming to the norm. However, separating too much can risk being ignored and less able to communicate.
Perhaps reaching a near-perfect compromise, Ōkami has certainly stood out from the pack but never strayed too far to be forgotten or unreachable.

Starting out as an idea by Hideki Kamiya to create a video game with nature at its core focus,1 https://web.archive.org/web/20121019205741/http://www.1up.com/news/platinum-games-kamiya-reflects-bayonetta and created at “Clover Studio” (short for “Creativity Lover Studio”), Ōkami from its very beginnings was destined to become unique and leave an intriguing trail for others to discover.
First intended to become a “realistic 3D simulation” video game, the gaming hardware of the time wasn’t powerful enough to create the desired visual quality. To overcome hardware limitations and still allow for an immersive experience, Ōkami was created in a painterly style – as a type of “Japanese-style painting” which the player can control/paint.

Hideki (born 19–12-70)4 https://en.wikipedia.org/wiki/Hideki_Kamiya
(Accessed April 14, 2020) being a man who was already known for being “outside the box”, having his DNA deeply entwined in trailblazing games like Resident Evil 2, the Viewtiful Joe series and Devil May Cry, became the director and writer of Ōkami at Clover Studio.5 https://www.imdb.com/name/nm1400430/ Rather than remaining one of many (yet important) names in a list of game staff credits, his energetic presence has imprinted itself into the minds of the video games’ players.

Going by reviews of gaming review websites, magazines but especially the gamers themselves, Ōkami was a huge success6 https://en.wikipedia.org/wiki/Ōkami#Reception
https://www.commonsensemedia.org/game-reviews/okami-hd
https://www.deviantart.com/okamigroup/journal/Ōkami-earned-a-Guiness-World-Record-Award-767402298 – yet overall sales were disproportionately low. A few weeks after Ōkami was released, parent company Capcom (of which Clover Studio was a subsidiary) announced the studio’s closure – likely due to key staff of Clover Studio (including Kamiya) already having quit.7 https://web.archive.org/web/20070928120104/http://www.errormacro.com/2006/10/capcom_dissolving_clover_studi.php
It seems that the decision for various Clover Studio staff to quit was already made some months before Ōkami’s initial release, and largely due to them wanting more creative freedom.8 https://www.eurogamer.net/articles/2016–02-07-a-brief-history-of-one-of-gamings-greatest-studios

Clearly however, Capcom (owning the intellectual property/rights) had noticed that Ōkami was a title worth hanging on to and re-releasing on new gaming hardware, rather than shelving and forgetting.

Can’t keep a good wolf down

In 2008 Ōkami was remastered for a newer gaming machine: the Nintendo Wii, then in 2012 for the PlayStation 3 in high definition, then to the PC, PS4 and Xbox One in 2017 and Nintendo Switch in 2018.9 https://en.wikipedia.org/wiki/Ōkami#Wii_port
https://en.wikipedia.org/wiki/Ōkami#High-definition_remaster
(Accessed April 14, 2020)
Note that the Wikipedia page incorrectly states that there’s a boxed retail disc available for the PC (it’s download-only), and download-only on Xbox One (retail disc is available).

Although the game itself hadn’t changed and remained faithful to the 2006 release, each new release was once again welcomed with overwhelmingly high praise from gaming publications and more importantly, by the gamers themselves.
As of November 2019, one million copies of Ōkami HD have been sold.10 https://metro.co.uk/2019/11/07/okami-finally-becomes-million-seller-video-game-11055783/
https://www.capcom.co.jp/ir/english/finance/million.html Note that for some reason the sales data on the “million+” page doesn’t include the non-HD PS2 and Wii sales – as of April 7 2020, total “unit sales” are at 2.8 million, which apparently also includes “Ōkamiden”:11 https://www.capcom.co.jp/ir/english/finance/salesdata.htm
(Accessed April 7, 2020)

In 2010, Capcom had released Ōkamiden (created by Mobile & Game Studio, Inc.) for the Ninetendo DS – generally reported to be a sequel to Ōkami.12 (on almost every major website/store selling Ōkamiden, such as Amazon.com)

Due to the original developers of Ōkami not having created Ōkamiden, and contradictions being introduced into the game’s story (which to this day cause confusion amongst gamers), Ōkamiden was generally not considered to be a true sequel by Ōkami’s fans, but rather a spinoff.13 Contradictions such as Shiranui no longer being Amaterasu’s wolf form 100 years prior (Ōkami), instead in Ōkamiden Shiranui being Chibi’s grandfather with Ammy being the mother to Chibi, but all three being an incarnation of the same female (with boobs) Shinto deity/goddess Amaterasu… wat? Just keep it simple please, Capcom!
Ōkamiden’s producer Motohide Eshiro apparently first called this game a sequel (source), but soon afterwards calling it a “spiritual successor” (source).
When reading candid comments about Ōkamiden, most gamers (and virtually all fanart/craft producers) appear to believe Ōkami’s original story.
Many gaming articles/journalists not calling Ōkamiden a “true sequel”, but instead hoping Kamiya will get a chance to create one (source, etc.)
Kamiya himself using words along the lines of “creating a true sequel” (source).

The momentum for Hideki Kamiya to be the driving force behind a true sequel to Ōkami appears to be growing, with the go-ahead already having come tantalisingly close:

Looking forward to the next adventure…

In 2016, Capcom were in the final stages of signing a deal with Platinum Games (of which Hideki is currently the senior vice president and chief game designer). However, due to Capcom’s reservations about not having enough control over the game’s development and its costs, and subsequent internal rifts within the game studio’s leadership, Capcom decided not to go ahead.14 https://www.gameinformer.com/gamer-culture/2018/09/16/how-okami-2-nearly-happened-at-platinumgames
https://www.youtube.com/watch?v=G_cfG4xCaBI

That short post on Twitter also inspired the immediate work on this independent fansite, with the aim to not only document Ōkami’s impressive history and positive adulation, but also become a completely free go-to place for related discussion and eagerly-awaited future news.

Enjoy your visit, dear fellow fans! Please take a look around, and say “Konnichiwa” at our forum. 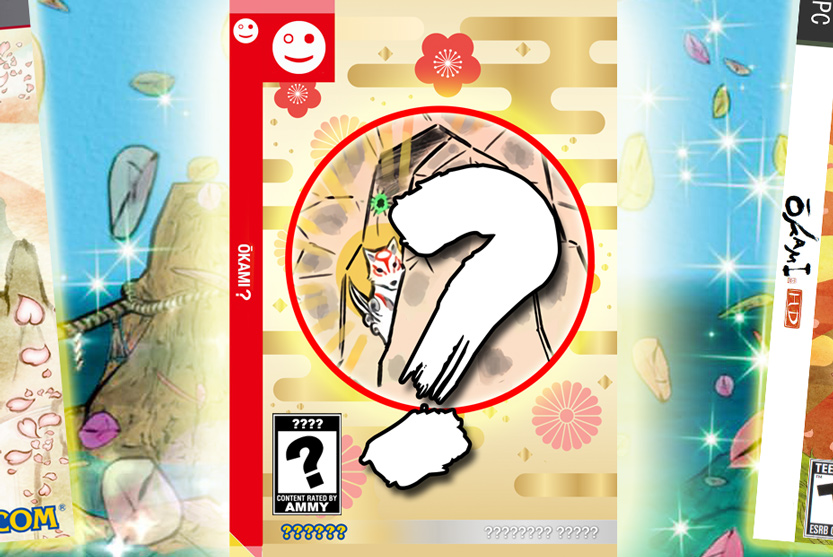 A grand adventure with powerful enemies and the world’s beauty and life at stake, but also good friends, genuine fun and lighthearted moments and discoveries – full of lively characters, with always something to do for the enthusiastic players! While Ōkami does allow and encourage developing combat techniques depending on the… 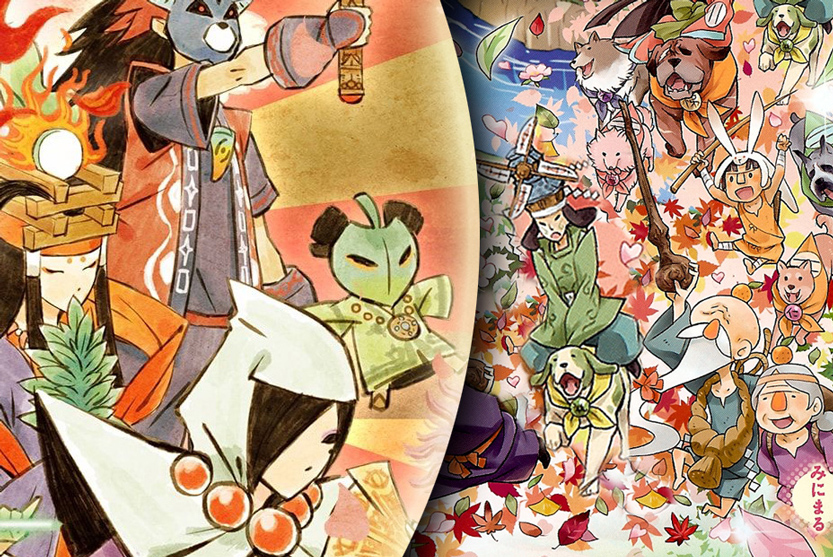 The Okami video game is deceptively big; almost as if Ōkami’s creators enjoyed lulling players into a sense of achievement when finally reaching the ending, only for them to realise the story hadn’t even fully begun yet. Saving the world isn’t a quick and easy job, after all. Such a… 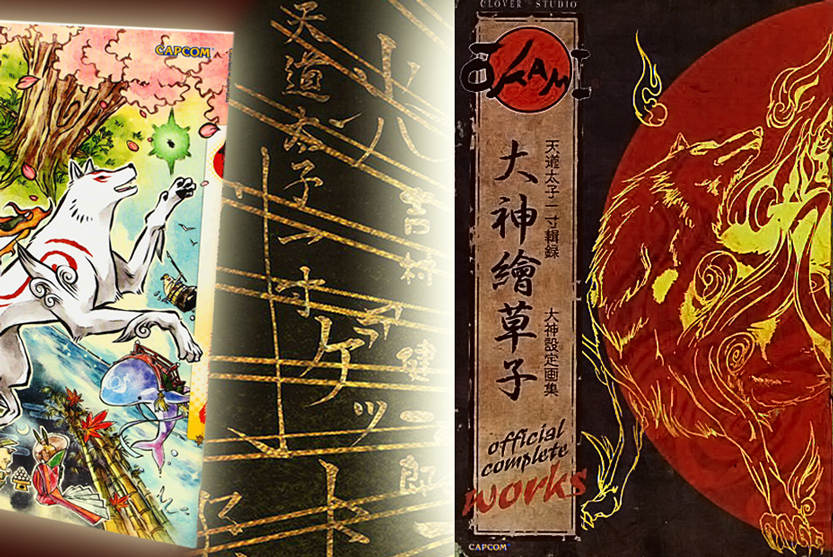 With Okami being such an impressively artistic video game, created in a style reminiscent of classic Japanese watercolour paintings, it’s no surprise for the official art book to also be artistically rich – spanning 288 pages. Full of early concept drawings, paintings and artist’s notes, this artbook offers an impressive… 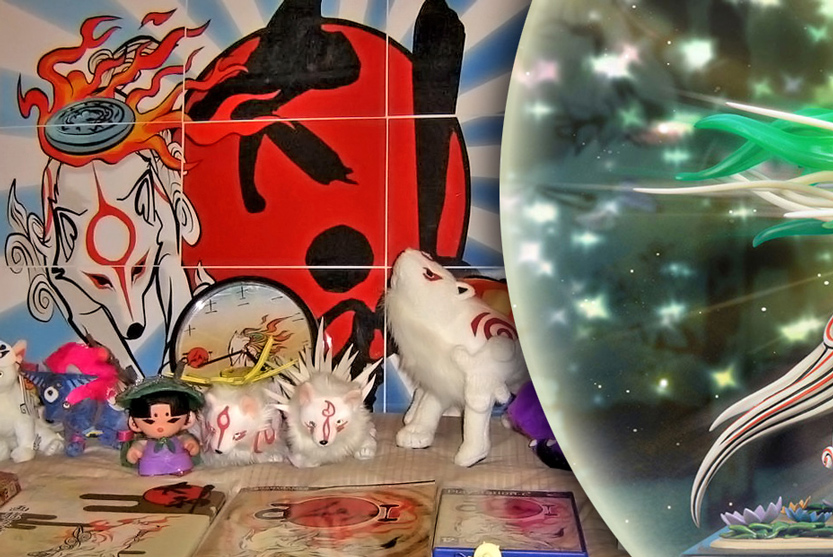 Have you noticed how some TV shows and video games seem to mostly exist, as means of selling merchandise (or constant in-game “upgrades”)? Taking the slow but sure approach (rather than being “advertised to death”), Ōkami’s merchandise is not only desirable, but complements the video game rather than overshadowing it.… 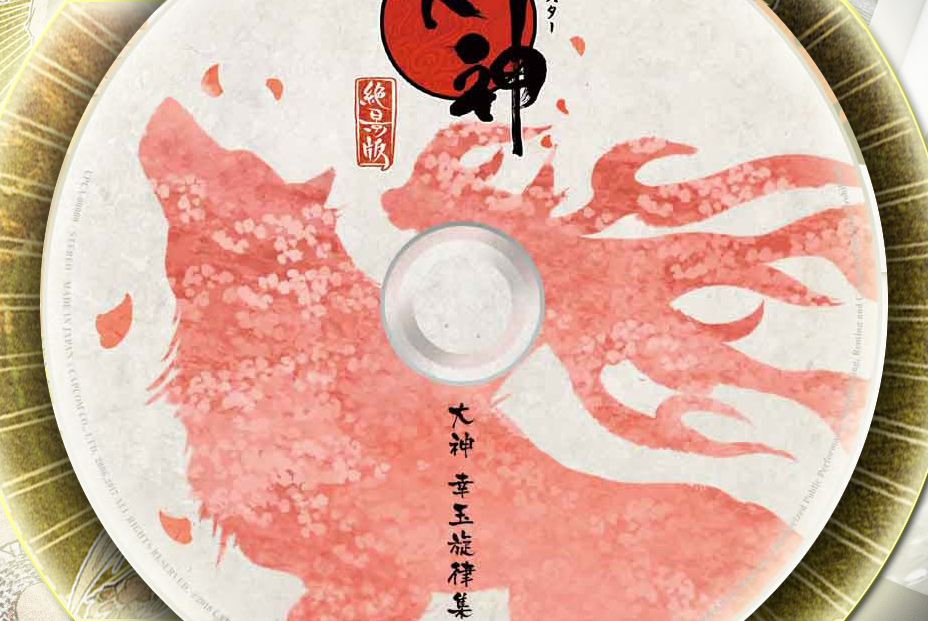 The Ōkami Video Game Soundtrack The original award-winning soundtrack with its elegant blend of Japanese and Western style music, was released on five CDs in 2005, and in the meantime has been re-released on CD, digital download and even vinyl records. The beautiful packaging and bonuses with printed artwork included in each album, already make… 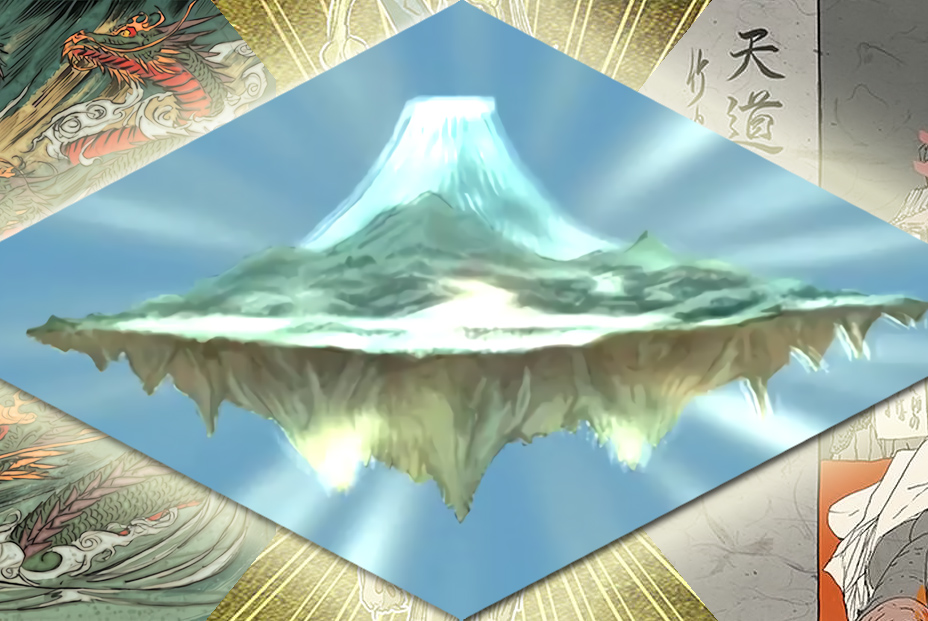 This video game makes it clear from the beginning, that its player will get to play as the wolf-incarnation of the Japanese sun goddess Amaterasu – the leader of all Japanese gods. Beyond the more obvious references to Japan’s Shinto kami (spirit/god) worship and mythology, what may be surprising is…

Header image is an edited excerpt from the official Ōkami artbook.

Additional sources, and how we choose and link sources: Website Art, Graphics & Other Sources, Plus Posting & Linking Policies

Consider Basic Internet Browsing & Safety Tips, when visiting these and other websites. No links to other websites are affiliate links: advice is 100% free & independent.