So, what are the things that might make Ōkami 2 enjoyable to you, based on what you enjoyed in the original? What was it about Ōkami, that you remember with a positive feeling?

The reason why I ask, is because it’s been fourteen years since Ōkami was first released, and a lot of things have changed in the world (of gaming) – a lot of things not necessarily for the better. However, there’s a timeless and independent quality to Ōkami that made it unique back in 2006, and can also make it stand out positively today (perhaps even more than in 2006).


It’s safe to say that most of Ōkami’s fans (including myself) want to see Ōkami’s sequel made by its writer and director Hideki Kamiya, and preferably also as much of the original (Clover Studio) team as possible!
Hideki himself over the years has stated his desire to create a true sequel to Ōkami, and that he has several ideas for it.1 https://metro.co.uk/2016/06/17/hideki-kamiya-hints-at-okami-2-and-bayonetta‑3–5950079/
(Quick note in case you just dropped in: Clover Studio’s people created Ōkami, director/writer Hideki Kamiya, CEO Atsushi Inaba left Clover Studio to create own company, now called Platinum Games.)2 https://www.eurogamer.net/articles/2016–02-07-a-brief-history-of-one-of-gamings-greatest-studios

Recounting a smörgåsbord of nice things

I don’t want to step on the original creators’ toes by trying to push ideas in a direction they don’t prefer, but do hope to clarify the most memorable and positive things about Ōkami, that us fans will be looking for in the sequel. This is something that also you, the Ōkami fan, can help with in the comment section below as well as other places where Ōkami is discussed.

This way, some of today’s more negative (yet lucrative) gaming “trends” might be put aside just a little bit earlier in the discussions for Ōkami’s sequel, because there are so many positive things available, to replace them with.
For example, many of these positive things gravitate around this video game having been created, as though it were a personal adventure that invites you to take part, like a special kind of storybook.

Also, the theme of bringing back nature, life and beauty to a suffering world – a subject very important to most people, yet to this day remains uncommon in video games.
As the gaming (and journalism) industry continues to move in anti-gamer/consumer directions, the market for simple honesty and quality is becoming only more valuable3 https://wolfstreet.com/2019/03/13/video-game-industry-stalls-stocks-plunge-whats-going-on/ – people known to put gamers, creativity and quality ahead of greed may soon get a whole lot more positive attention. (Not only with Ōkami’s creators of course, but elsewhere too!)

Ōkami gives back, rather than always taking. Once money was spent on the game, you no longer need to spend any real $$$ money to progress – you progress by achievement in the video game’s “universe”.
If you want to buy a newer more powerful weapon, medicine or even a gift for a character in the game, you have to go and earn it inside the video game (instead of borrowing your parent’s credit card or lowering your personal quality of life by spending vital real money with in-game purchases). This makes for a much more rewarding, immersive and guilt-free gaming experience.
Your mind doesn’t always have to go back to real-life reality and work out how much more real money to spend, inside the fantasy world of the video game. 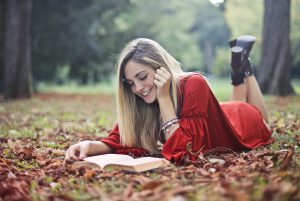 Ōkami was also 100% complete, tested and working well when it was released – you could go through the entire adventure at your own pace, and come to the conclusion of the story at the end, just like a very nice and high quality book. Can you imagine buying a big adventure story with missing chapters and smudged unreadable pages?4 “My husband said ‘Why are you screaming?’ – He thought one of the kids was hurt.”
https://consumerist.com/2007/07/25/harry-potter-and-the-missing-pages/
(Screaming in terror at a few missing pages is a bit much, but it’s a decent enough example. By the way, these books are probably worth good money today, but certainly not incomplete and crashing games.) That’s what a lot of today’s “modern” games are like.5 “The Decline of Gaming” – by The_Act_Man_YT
(Contains some swearing – F. S. words.)
https://www.youtube.com/watch?v=2sFrG02xpAw 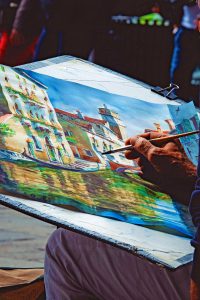 When playing through Ōkami, you get a sense that the people who worked on it, actually tried very hard to create something great – something they’d be proud to put their name on. That’s gotten pretty rare these days.

There even seems to be a stubborn sense of duty for the gamer, as though the video game’s creators had worked on Ōkami specifically to create a memorable experience for the gamers who took part.

Instead of overly intrusive marketing to make up for a low quality effort, the creators’ efforts appeared to focus solely on creating something great, and then inviting the gamers to come to them.
Ōkami feels like a blend of the personal and human experience found in a genuinely-crafted indie (“independent”) game, with the big budget resources of a AAA studio release.

Let’s not ignore the fact that for the last fourteen years Ōkami has stood the test of time without requiring changes or sequels – continually being bought by gamers with each release for a new gaming platform, and then getting new fans and acclaim all over again. Whatever it is that Ōkami’s doing, clearly works well.

My favourite things in Ōkami, and why

My favourite things? Well, I’m making no secret of being a major dog (and wolf) person, so there’s that – getting to play a great video game as an awesome fluffy wolf! In addition, you get to banish demons who are destroying beauty, life and nature!

Even though it’s just a short-lived fantasy, it can feel good and rewarding to just dream a little; imagining having the power to make things right in the world again, and watching good things unfold in front of your eyes and being a part of that. In moderation, this can be relaxing:

A nice distraction from “the everyday grind”

Basically – it’s nice to think of something else every now and again, like with reading a good book for example.

Pulling up your sleeves, learning and then getting to work on systematically fixing things (and also connecting with family, friends, community) is of course a good way of solving problems, however positive distraction with a great video game can also be nice in moderation (like chocolate, sweets, etc.) There’s more though:

A major part of Ōkami’s appeal in my opinion, is that it elegantly deals with issues and struggles that are timeless and have been felt and faced by human beings, animals and nature, since their very beginning.

The story becomes an adventure that the player can be a part of, regardless of their own beliefs or experiences.

When looking at the foundations of the religions, myths and folktales of a people, you’ll begin to see that many of their lessons are shared with people on another part of the planet. This is a uniting revelation, rather than a divisive one.

Ōkami is a game that’s beautiful to look at, and also listen to. Music and painterly visuals go hand-in-hand, creating a complete package that’s hard to fault. Even if Japanese-style art or music aren’t your favourite, its obvious quality can still be seen and admired.
Witnessing a decayed tree burst into magnificent health, and with its shockwave of life-energy restore the land it watches over, is immensely satisfying – a counterpoint to the horror of witnessing a bomb incinerate the life and future, of the land and its inhabitants.
Most people would rather witness the explosion of life, than death – whether in art or in reality.

Things like in-game purchases with real money, “micro-transactions”, and even requiring an Internet connection for any video game to function, will in my opinion reduce the video game’s enjoyment.
Already, the PC release (2017) of Ōkami is download-only, requiring an Internet-store account and purchase. When you “purchase” an eBook or video game as a digital-download, the ability to read or play can be withdrawn at the whim of the people (or closure) of that Internet-store.6 Purchased eBooks remotely deleted:  https://www.bekkelund.net/2012/10/22/outlawed-by-amazon-drm/ |
Always Online DRM, Historical Analysis: https://www.youtube.com/watch?v=HiwnnbrV0d8 (video shows some ugly scenes from video games) |
Dangers of Digital Distribution and DRM: https://www.youtube.com/watch?v=mNdAJUg0_ZY (video shows some video game war scenes.)
Do you really own that copy of the eBook or video game then?

When you own a copy of a book, game disc or cartridge that can be used without the need for an Internet connection or account, then at least your ability to use it, can’t be revoked or expired.

Oh, and by the way… as a major dog-person, of course I know that a lot of the foods that Axel loves are very unhealthy for dogs – he doesn’t get them, but that won’t stop him from dreaming!

In the future, it would be nice to write up an article on Hachiko and his legacy – would that interest you?
In case you don’t know; back in the 1920’s Hachiko was a Japanese Akita dog who would faithfully accompany his master to the train station, and waited for his return from work. Sadly, Hachiko’s master (a university professor) suddenly passed away while at work.

Showing loyalty to the very end of his life, Hachiko would wait at the train station for the next nine years, awaiting his master’s return. This display of loyalty had moved the Japanese people into creating a statue of Hachiko, even before he had passed away. Nowadays, Hachiko’s statue is one of the most popular places for people to meet in Japan – his duty and loyalty to his beloved master never forgotten.

There isn’t much that can bring me to tears, but such stories come very close indeed. Having had dogs part of the family for most of my life, I have my own stories too, and know that beyond the outside layers that many people see, there’s a lot more depth to animals than we sometimes want to admit.